Okay so first off I hope everyone has an excellent gardening season! The other day I had a customer request any possible tips so I thought why not share this on the blog. So here we are.

Okay now, we'll start with brassicas first which would be your kale, cauliflower, mustard seeds, brussel sprouts and cabbage seeds. These guys are cool weather crops they can be started indoors or in a green house anywhere from the middle of February to the first of March. Just look for a good organic potting soil and some type of cup or seed tray to start them in. They won't need any food at first just nice moist soil. Once they begin to produce 3 to 4 leaves you can water them with some fish emulsion only around the base of the plants (ON SOIL ONLY), but you may want to find a nice spot outdoors for them since fish emulsion has quite a strong odor. Once all the danger of frost is past and the soil is warmed up you can transplant them outside. Use a good all balanced food for them, but look for one with a little higher nitrogen and also mix in some good compost as well. Cabbage needs to be spaced about 3 feet apart if you have the space. Kale you can plant much closer than that. Most brassicas will need to be side dressed or refertilized every two weeks until harvest. Make sure they get watered regularly if there hasn't been sufficient rainfall. Brussel sprouts take a long time to mature around 120 days. Kale and mustards are generally ready to start cutting around 60 to 74 days after transplanting or sowing from seeds. Cabbage also can be 90 to 100 days before harvest. And cauliflower is around 80 to 100 days too. 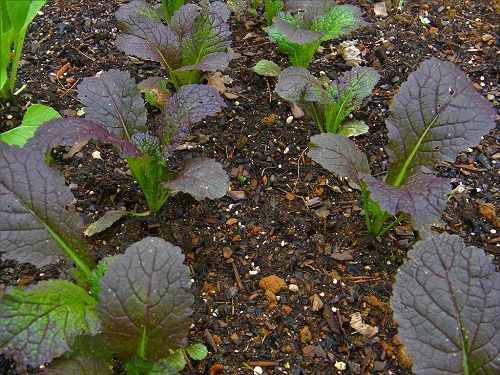 Okay beets and carrots generally are just sown directly into the soil around March to April once any danger of frost is passed. Just make sure the soil is nice and loose with plenty of good compost. Beet seeds are multi seeded so you may have to thin them down some once you initially plant them. Just take care to snip out with sissors and not pull the complete seedling up it may be connected to up to three other plants and you would't want to pull up all your freshly planted seedlings. Carrot seeds can be covered with some type of board or card board once sown. This helps keep the soil moist so they can germinate better. Just remove the board once you see 75% or so of the germinated seeds. If carrot seeds dry out they usually won't germinate well. Be sure to thin the plants down to one every three inches or so for larger carrots. Just use a good balanced fertilizer for the carrots and beets and remember, patience before picking, the carrots when ready will usually start to push up out of the soil when ready. 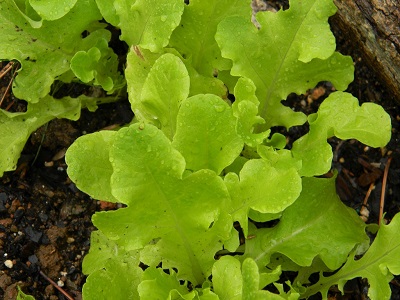 Lettuce seeds can also be sown in flats about the same time you sow the carrots and beets. Now sometimes I have sown them directly in the soil, but usually I start them in flats and transplant in April and May. I just take the entire plug out and plant it into the dirt. I don't thin much I usually just cut them for salads around 3 weeks after transplanting. A good balance fertilizer with a little higher nitrogen works well. Clip and clip until they bolt which is when they send up their flower stalks and begin to reproduce. Once they bolt they aren't fit for eating since they become bitter. But you can always start some more plants. But lettuce in summer needs to stay in a cooler spot since the leaves will not be as tasty as in early spring.

Radish I also sow in the garden early spring. These grow supper fast and needs a good loose soil with plenty of compost and a good balance plant food for these guys as well and once they are done just replant some in their place.

Celery is a lot like carrots in that they needs moist soil and a bed with plenty of compost. A well balance fertilizer for them as well. Now we have started them in a greenhouse the same time as carrots and transplanted them. Me personally I prefer to transplant on cloudy days or a day or two before a rain. The plants seem to suffer less shock than on a bright sunny day. But that of course isn't required as long as the soil is moist. One last pointer for celery planting depth very shallow as they require sun light to germinate. 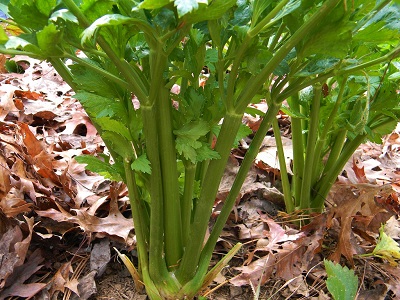 Squash, cucumber, watermelon, pumpkins are heat loving plants. They need to be planted in May to June. You can plant the vine sprawling plants in hills and the cucumbers need a good trellis. Most of these guys are heavy feeders. They need a lot of good compost in well drained soil. Start with a fertilizer with a higher nitrogen at first, but then transition to a higher phosphorus later. Give them ample water especially when it's hot. Pick cucumbers often and they will continue to produce for you.

Tomatoes and peppers need to be started indoors around the first of March. Once they have outgrown their container in a few weeks they may need to be re potted in a bigger container depending on the size of the plant. They can be fertilized while young with fish emulsion ( not on leaves)and once the soil has warmed to at least 70 to 75 move them outdoors to their permanent home. They will need some form off calcium we generally use oyster shell flour. Make sure they have good well drained soil with plenty of organic matter. A good well balanced fertilizer with higher phosphorus. Some varieties will need trellising especially the indeterminate varieties. The Determinate varieties can be staked or caged. Water only at the base of the plant on soil to reduce disease or mildew problems. Once indeterminate varieties are three feet tall trim off bottom leaves and just leave the top crown of the plant to grow up. Then you can start looking for suckers that grow in between the main stem and the leaves and trim the first two to three suckers off to keep the plant to one central leader vine for producing bigger tomatoes. If your going for quantity you can allow the suckers to remain and you will produce more tomatoes of smaller size and a bushier sprawling plant that will need a row cover over the soil to prevent disease. Determinate varieties just don't worry about pruning at all they will set fruit that usually ripens at the same time. Last tomato tip is not over watering. The plant will wilt when thirsty and this is when you should water thoroughly.

Beans and peas are super easy to grow simply till the soil and plant one seed per four inches or so. Pick them often and they will continue to produce. They also don't need any nitrogen since they produce their own.

Leeks and onions can be started in indoors 8 to 10 weeks which would be sometime around February. They like well drained soil and when transplanted outside in early spring need plenty of food. They don't like weeds or wet feet. They like moist well drained soil and plenty of food. Use a fertilizer often that is high in phosphorus. But also side dress them once planted with a high nitrogen fertilizer to.

Now onto herbs which can be more tricky! Dill and parsley is best sown in early spring outdoors in the soil. They don't need a lot of fuss just some good organic matter in the soil with some light fertilizer well balanced. Most herbs like medium soil nothing fancy, just good sunshine. Basil and Lavender despise cold soils in fact they may not germinate at all. I would say start them in later spring when the soil has warmed greatly. Probably in May, both of them love well drained soil. And don't require much food just medium soil. Thyme can be started in pot in early spring with good well drained soil and a balanced food is fine.

Well guys that pretty much sums us this post please feel free to email me with any questions!

Thanks, happy gardening and God Bless <3