When it comes to seed saving squash varieties often times there can be some confusion in terms of which species will cross with what. There are four recognized species of squash which include Cucurbita argyrosperma, Cucurbita maxima, Cucurbita moschata, and Cucurbita pepo.

Now squash have both male and female flowers and it's believed that each variety is not cross compatible, or in other words you can safely grow a variety of each species without fear of crossing. But where is gets more complicated is when you try to grow two varieties of the same species for instance two types of Cucurbita pepo.

So then the question becomes can you safely grow both varieties of the same species in your garden and still produce true to type heirlooms. And the answer is yes! with some added caution of course.

So what we do when we want to seed save two varieties of the same species we simply use a blossom bagging technique. Now the blossom bags can be found on eBay and they generally are just small mesh bags that measure 4 x 6". Sometimes they are listed as jewelry bags. They come in a variety of colors too.

Now when squash plants begin to go into production phase we diligently start to watch for both male and female flowers. Male flowers generally begin to appear first and most grow higher off the vine. There are generally more males than the females. 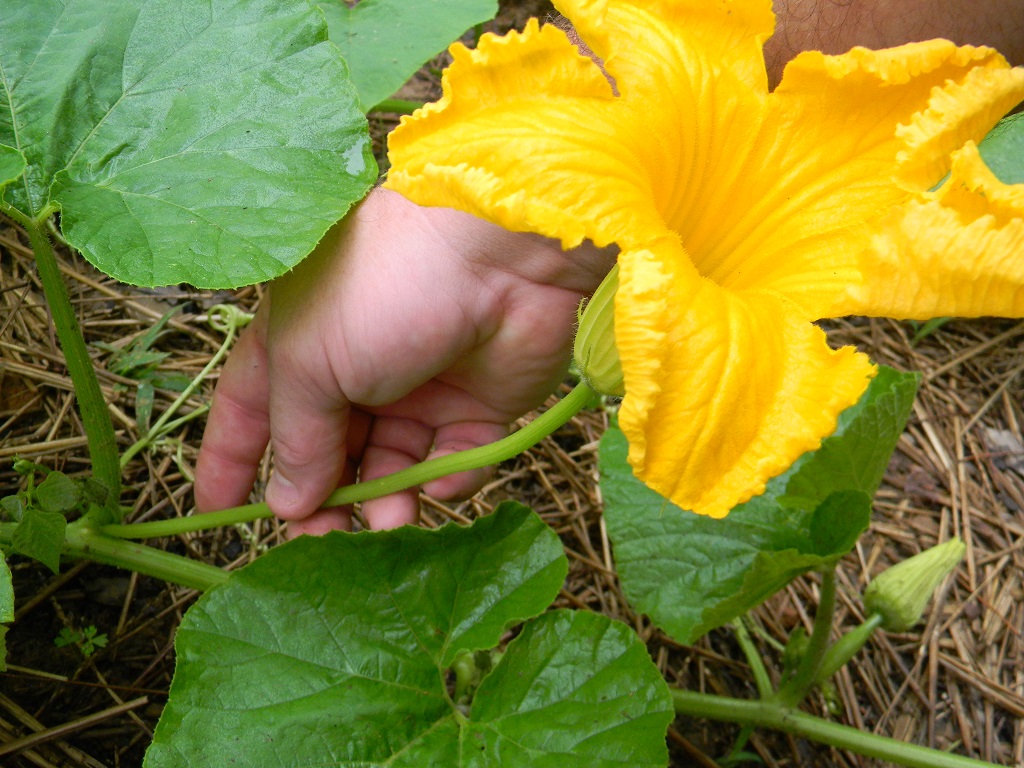 The females grow lower on the vines and always have a tiny little squash before the flower.

Generally what we do is at the first sight of a female flower that is swelling and turning from a light green color to a more cream color is we bag the female flower and then bag a male that is also beginning to swell. Usually it's around 24 hrs before they open.

Once both flowers have opened we simply take and snip off the male flower and remove the outer petals from around the anther. 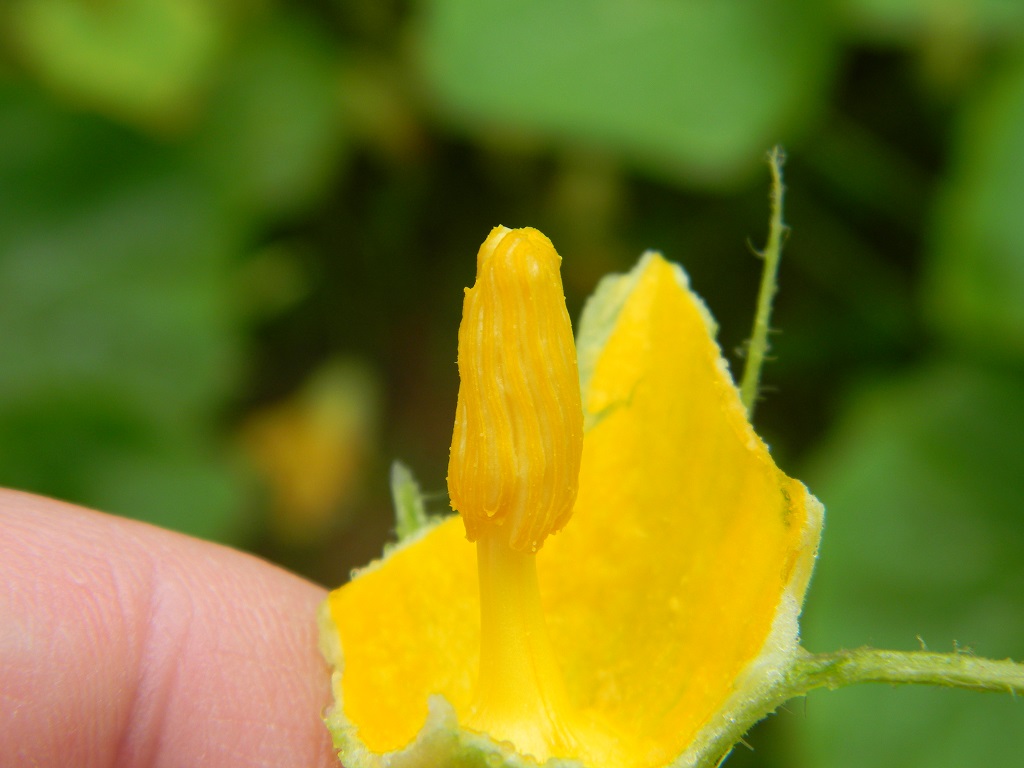 It's best to start early in the morning when squash flowers are opened up. There's a short window of opportunity so you'll want to make sure to check them often and early. And that's pretty much it guys; It's really simple and fun too.

If you have any questions please feel free to reach out and this year try saving your own squash seeds!